When my Parents were incredibly busy designing and making their own house, my Mum would spend hours making cushions. There were decisions to be made and walls to be built in this enormous house, but Mum was still to be found making perfect, matching cushions for an unfinished- and if Im truly honest barely started house.

I never really understood the logic in this, although my parents have always been delightfully eccentric (who else would contemplate building themselves a 5 bedroom house to retire into?) But making cushions for a plot of land?

I now understand. There were so many big decisions to be made that Mum held onto something that she could do. The cushions were simple to start and finish and although it drove us all totally bonkers, gave her a sense of accomplishment and control.

I am now sitting at home with enough 'to do' lists to make a fat book I really dont know where to start.  I had no idea when I decided to go to the world championships that there would be so much to organise. Bike on plane, ride a bike, fly home - job done. Oh how I underestimated it!

I have been planning this trip to Australia since May and all I have really achieved is the successful making of more lists. There in lies the problem. The lists are so long that I dont know where to start- so I make a new list. List making is my new hobby. List making puts off the task of actually doing anything on the list. But as long as I am making lists I can convince myself I am actually doing something! I am making metaphorical cushions! ( I am turning into my Mother?!)

I really need to do something on these lists otherwise I am never going to get to Australia with the right stuff to race. And worse than that, the kids and the kind relatives who are coming to look after them when I am gone are will all be clueless.

I am going to start at number 1. and work my way down. Anything with an asterisk is urgent, anything with a ring around it, a priority and anything underlined has to be done quickly.

I am half tempted to make a new list to prioritise the priorities- but with only days before I fly its all urgent! I force myself away from the "cushions" and onto the important stuff.


I am now sitting in a coffee shop, taking advantage of the time the KP24 saved me on my normal loop by being able to sit down to eat cheeky tea and cake! Winner:-)
Posted by Anne Dickins at 07:44 No comments: 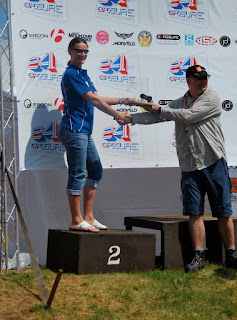 I always keep my eyes open for new products to fuel my cycling. This one arrived as a sample in with a packet of knee warmers. I cant help wondering what the point of this product is. The words oxymoron float into my head.
I am often seen in the supermarket scanning the ingredients and calorific content of food. It must be very strange to all those who are on a constant diet and place of denial to hear me put back an energy bar saying " no, not enough calories in that" But why are they in denial? why are they trying to make their bodies into a certain shape?
Body image is something I come across every day in my work. I have a strange job as a physio in that i see people in their underwear every day. I get to see everyone- even those who would never , ever expose their bodies in public. I get to see the real human race, not the airbrush variety and I am always amazed by the huge variation in body size, shape, and function.
The glossy magazines dictate our view of normal, we think the lady with cellulite and soft curves is the minority. Its just not so! They are with out doubt the norm. We are just fed 'perfection' through the eyes of the media.
We are conditioned into believing that its the way we look which is important. The way we look will give us happiness and confidence. We are encouraged to exercise and diet because it will make us look good. Is it really looking good which makes you feel great? What is looking good? Who has to think you look good to make you feel good? Should we really be relying on others perception of our shape to make us happy?
How about turning that philosophy on its head?
Ive got the body I was born with, genetics dictate that I have my Mums hips and muscly thighs and my Dads broad shoulders. You might think that with big hips and shoulders that there would be an illusion of a curvy waist- not so,  I have been blessed with my Grans column torso too. I am really happy with the way my body is, not because I think it looks like the 'adobe people' in the mags but because it works really really well. I can run , walk and ride my bike for miles and miles and miles.

Exercise for me is not about making my body look great, its about making it feel great. How it looks is transient and subjective. How it works is tangeable and real. No one can dispute that I am fit and able to cycle 24 hours. My thighs which used to upset me as a teenager are now loved because I know they are strong and essential for endurance racing. How strange that they have not changed, just my perception of them has.

So when I get a free sample of low calorie energy drink I cant help but feel we are being given the wrong message. Exercise should be about making your body stronger, your heart fitter. A byproduct of that is leanness, but if you dont have the energy to exercise none of the above benefits can be achieved.

Peoples shape is individual to them and their genetic heritage, the ideal shape changes in different decades, dictated by fashion and the media.  I need fuel to make me work, water to keep me hydrated and the motivation that the machine I am working is the best it can possibly be. Ok I am lucky because I am surrounded by people who have a similar philosophy as me. That a beautiful body is one that works well not one that is half starved, on a constant quest to make it a different shape.
Stop thinking about your shape and concentrate on how efficient, healthy and strong you are. Measure your improvement in miles gained - not in inches lost.
Posted by Anne Dickins at 00:58 No comments: