Traveling half way around the world is a really daft idea for a 24 hour endurance bike race. By the time you arive you are already exhausted from the endless organisation, gathering together correct kit and last minute panic. Add to that nerves, a cold and killer jet lag and you get the picture of me in Sydney 1 day after our arrival.
Trying to remain positive after a second night of broken sleep and a day of waves of nausea/heavy head syndrome I decided to do something useful and charge up my "still warm off the press" 2011 Exposure lights which Rory Hitchens had kindly lent to us all for the race. Compared to my old lights it was going to be like cycling into wembly stadium on match night rather than trying to navigate through a nightclub wearing welding goggles. 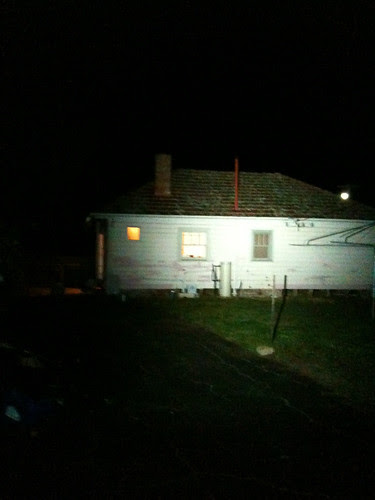 All charged up and ready to go I unplugged the "Exposure Six Pack" and turned it on. I shone the solid beam of pure light through the window and a sartled creature fell off next doors roof in surprise - Awesome!!! Next the Joystick - a very bright head torch. As I unplugged it the light switched itself on automatically... slightly strange, but I shone it out of the window anyway. It did not quite reach next door's roof so I pressed the button to change the intensity of the light. Nothing happened. I pressed again- nothing. If all else fails... I did the boy thing and read the instructions - hmmm.  I couldn't turn it off.

We were staying in an open plan appartment and our friends bedroom door was open, as was their child's. The joystick sent a massive amount of light (thanks Rory!) out of our bedroom door into both other bedrooms and the living room too!! It was now bed time, nothing else for it but to close our bedroom door to put the rest of the house back into darkness. Instruction booklet in hand I looked at the extensive burn times for the joystick and groaned - at best 3 hours of enforced daylight in the bedroon, at worst 24 hours. My excitement over the fabulousness of the mark 5 Joystick was starting to wain.
Luckily, Simon saw the funny side, said let's deal with it in the morning,  rolled over and put the pillow over his head. nothing else for it- I did the same- My body was so messed up, what was another strange night's sleep.
To our surprise we both slept amazing well. By morning I was bizzarely feeling 100 %- no nausea, no groggy feeling and no sore throat!

The joystick had turned itself off eventually at some point in the night but I was still concerned that it might not work for the race. My fault for not testing them before I flew out.

I always think the sign of a good company is good products, but the sign of a great company is great customer service. A quick SOS to Rory in the UK and a plan was hatched to get me a new joystick from the UK to Ausralia, guarenteed to arrive in time for the race. 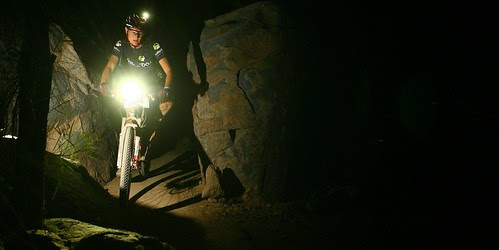 In the mean time, I was feeling full of beans, no sign of jet lag at all after my night of enfored light therapy fom the joystick.
So Rory, if you read this, firstly THANK YOU for sorting out my replacement joystick- you are a complete star! Secondly, have you thought about branching out into anti jetlag products;-)
Posted by Anne Dickins at 14:46